PEUGEOT will be providing car and van fleet services to the Scottish FA in programmes centered around young footballers.  Models provided include the PEUGEOT 308 which will be used by the Elite Coaching Team, and PEUGEOT 508 by the Under 21 Team management.

PEUGEOT has supplied the Scottish FA with a fleet of new cars and vans which will help the Scottish FA to carry out a range of important work in encouraging young footballers.

The new PEUGEOT fleet includes 308, 308 SW and 508 cars as well as a PEUGEOT Boxer van. The Scottish FA has chosen eight high-specification 308 SW GT Line and three 308 GT Line models as well as a 508 Fastback. All are powered by the BlueHDi 130 S&S diesel powertain. The SW models are equipped with the EAT8 eight-speed automatic transmission and the five-door models with six-speed manual transmission. The Boxer van is one of the largest in PEUGEOT’s LCV range, a 435 L4H2 variant, powered by PEUGEOT’s efficient BlueHDi diesel engine.

All the vehicles have been supplied by franchised Retailer Park’s PEUGEOT, with fleet financing from Groupe PSA’s connected leasing company Free2Move Lease. The cars were handed over to Scottish FA Chief Executive Ian Maxwell at Hampden Park, which serves as the national stadium for football in Scotland.

Scottish FA Commercial Director Chris Rawlings said: “Scottish FA coaching staff travel the length and breadth of the country frequently as they strive to develop our talented young footballers. We are delighted to have the support of Free2Move Lease which will provide our coaches with the use of a fleet of  PEUGEOT vehicles as we aim to inspire a nation to love football.“

Working with these performance schools, the Elite Coaching Team provides coaching for young players between 11 and 16 years of age to ensure that this emerging talent competes against the best players every day and receives top class coaching. The Scottish FA estimates that by the time the young players graduate, they will each have received 10,000 hours of quality ball time. The PEUGEOT 308 fleet will help the Elite Coaching Team to meet their commitments. The Under-21 team offers a further stage of development.

“We are delighted that the new fleet of PEUGEOT vehicles will help the Scottish FA in its quest to nurture and develop talented young footballers”, says PEUGEOT Head of Business Sales, Matt Weston.

Building on its technological offensive strategy and the electrification of its range, the PEUGEOT brand enters the era of energy transition with enthusiasm.Stimulating and rewarding driving, elegant design and uncompromising quality are the brand's commitment to its customers and contribute to the emotion provided by each and every PEUGEOT. Present in more than 160 countries at 10,000 points of sale, the brand sold almost 1,500,000 vehicles around the world in 2019.PEUGEOT combines all-round Excellence, Allure and Emotion with the ambition to be the top-of-the-range generalist brand on a global scale.

LINKS
Here you find further information on the PEUGEOT range. 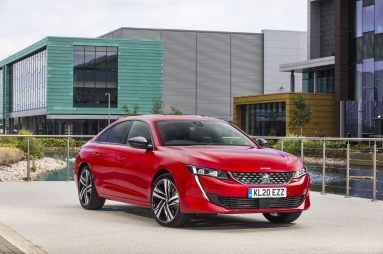 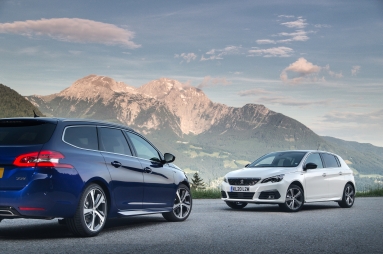